Edel is one of the most accomplished Irish musicians of her generation and in 2004, was awarded the TG4 Young Musician of the Year award. She is a regular performer on Irish National Radio and BBC and has performed at festivals and in concert halls from North America all the way to Asia with musicians such as Jackie Daly, Cherish the Ladies and The Kane Sisters. In 2006 she released an album to critical acclaim with the Galway fiddler Ronan O’Flaherty, a solo album entitled “Chords and Beryls” in 2010, and in 2013 her recording of “The Sunny Banks”, featuring Waterford fiddler Neill Byrne, was named Tradconnect CD of the Year. Edel is also a member of the prestigious group, The Irish Concertina Ensemble and their debut recording “Zero” (2015) has garnered excellent reviews.

Edel has taught at the prestigious Willie Clancy Summer School, in Co.Clare, performed at festivals all over the globe including,  the German Concertina Meeting in Wendland, Germany, the Northeast Concertina Workshop in Amherst MA, Catskills Irish Arts Week in NY and Elkins Irish Arts Week, WV to name a few. Edel has a BA in Irish Music and Dance, a MA in Music Therapy from the University of Limerick as well as a H.Dip. in Television Production. Edel currently works in the TV industry as a producer, specialising in arts and cultural programming for broadcasters such as TG4, RTE, BBC and Sky Arts. Ray runs a progressive accountancy firm which through personal recommendations and industry referral’s has grown rapidly since its inception in 2018. The firm’s nationwide client base is diverse, ranging from High Potential Start Up businesses to large well established family companies across all industries. Camera Shy Media looks after your video, social media and web development needs. Video is a powerful way to communicate who you are, what you do and why you do it in a quick and engaging way. 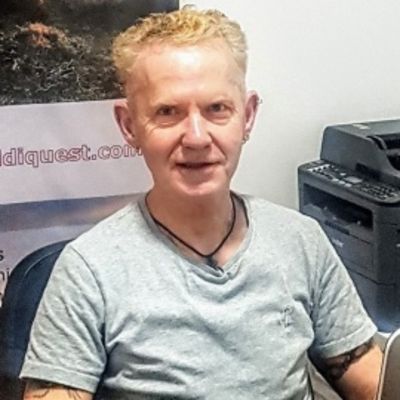 Conjura draws on expertise in consultancy, software engineering, data science and analytics. We’re lucky to be able to call on a deep well of experience gathered in some of the world’s most highly regarded organisations, including McKinsey, Accenture, Intercom, Palantir, plus data leaders such as Betfair and Paddy Power. Two years later, and the buzz of having an impact with what we do is greater than ever. Not only was our thinking proven to work. We get better with every passing month. You’ll find us in London, Dublin, New York, Spain and Australia. John Rooney Design specialises in brand creation and design strategy across print, digital and social media platforms. They are passionate and enthusiastic about every project they’re involved in and make a genuine connection with everyone they work with. We know how to roll a brand out effectively, targeting the right message with the right audience creating unique marketing material for each of our clients. At Media Helm we believe that first impressions count. So, whether it’s taking your business from the beginning in developing an impressive new look for your brand or revamping your existing website; we can provide you with a unique approach to answer your digital needs. We’re a startup team of technology conference speakers and organizers. We’re tired of email and spreadsheets and we want something better. We’re a 100% remote–working company based on planet Earth (Ireland, UK, US and Spain with more to come). We want to make technology conferences open, inclusive, and diverse. We love working with people; bringing their ideas to life, telling their stories & delivering simple, yet beautiful results! Specialising in identity design & print, web design & development together with video & photography.